These are from my 2009 paranormal investigation (read: ghost hunt) at the Willard Library in Evansville, IN. The ghost is supposed to be haunted by the “Grey Lady” as they call her. So that’s who we were looking for. It was a fun night and I met a lot of cool people. Every single one of them was tenanted by tangible form*, however. I feel like I may have caught a picture of the ghost, but I hesitate, because I don’t really believe that. I’ll let you decide what to think about the following pictures. I have never shown these to anyone. 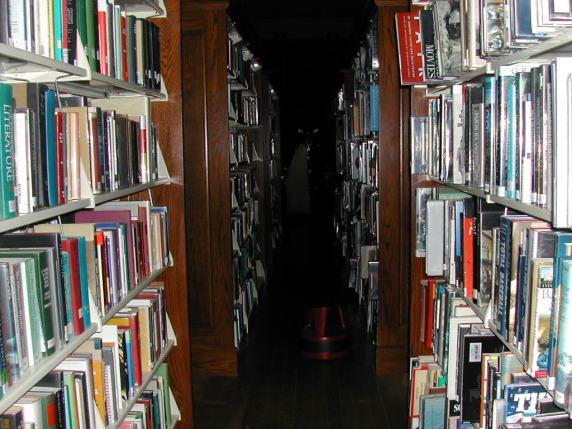 This is the original unedited shot. I just pointed and shot for the hell of it. I didn’t “see” anything until I looked at the pictures later.

Ultra brightened from original. Or some other filter. 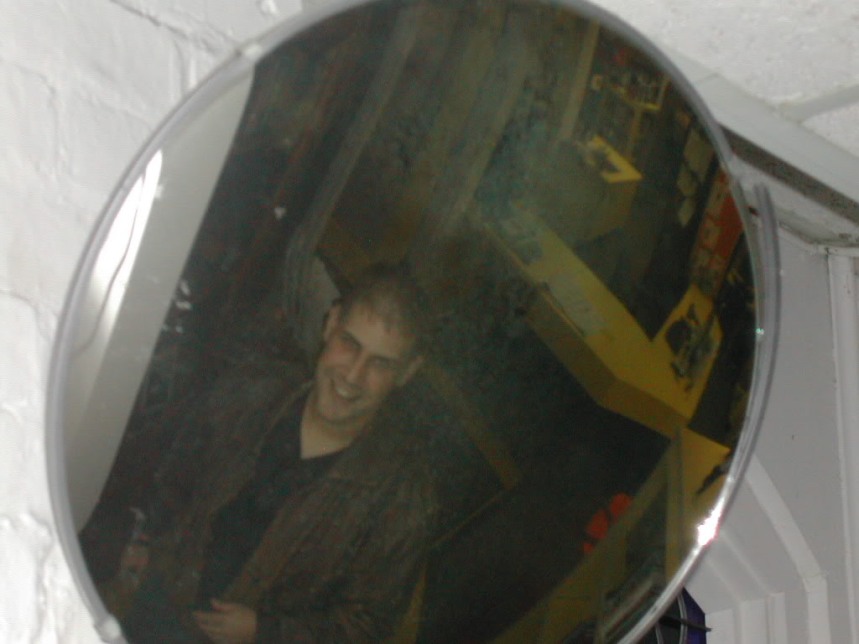 *in Poe’s Masque of the Red Death, he uses the phrase “Untenanted by any tangible form” to refer to the entity.

Then, summoning the wild courage of despair, a throng of the revellers at once threw themselves into the black apartment, and, seizing the mummer, whose tall figure stood erect and motionless within the shadow of the ebony clock, gasped in unutterable horror at finding the grave-cerements and corpse-like mask which they handled with so violent a rudeness, untenanted by any tangible form.